This is where a strong leader's force of will becomes key.  If you can't get your worker sheep to obediently fall in line, you will have to use more forceful techniques.  Actual physical force against your employees would be ideal, but would probably draw the ire of several government regulatory agencies.  Instead, you can bring new visions to your employees: visions of pink slips floating before their eyes and the imminent threat of your foot kicking their sorry asses out the door.

Instill a culture of control via your financial leash.  Nothing motivates like the idea of the disappearing paycheck.

The Secret: Competence (not required)

If there were a secret to pointy hair success, it would be this: competence in your field is completely optional.  It's counter-intuitive.  To rise the ranks, you think you would need to know what you're talking about.  But that is simply not the case.  Successful bosses and managers rise to the top because they aren't bogged down with little details of their business.  Being in authority means it is more important to keep control of your workers instead of wasting precious mental resources on understanding how your products work.

Workers are hired to do one thing: work.  You instruct them on what you want accomplished, and it is their job to get it done.  You don't need to know how anything is done.  They are being paid to do it for you.  Competence in the work is for the hired help, not the head honcho calling the shots.  If the boss was competent enough to do the job himself, why would he bother paying someone else to do it?  The PHB's skill is in keeping the peons in line, not in knowing how to get things done for the company.

The truth of this idea becomes even more apparent in the context of the globalized economy.  With cheap overseas labor, there's no point in you as the PHB knowing how to do anything.  It's far cheaper and more effective to outsource to foreign workers (which is another topic for a future discussion).  It would cost more time and resources for you to gain competence than it would be to just hire a foreign worker to get things done.

So, now it's no longer a secret.  I've revealed the essential key to my pointy haired success.  Competence is not required.

Posted by Joseph M. Scandura at 2:36 PM No comments:

Zoning In on Zoning Out

A relatively recent study in Australia showed that internet surfing helped people maintain their productivity levels.  Employees who spent less than 20% of their time at work surfing had 9% higher productivity levels.  Well, that's fine and dandy, but there are two serious issues.  First, why would I as an employer want to pay for my employees to be doing non-work related activities at work?  Ok, if it boosts their productivity, that's great, so long as they're not soaking up a salary for doing nothing.

Also, those numbers don't add up.  If an employee is wasting 20% of their time surfing, the 9% increase in productivity sure as hell isn't making up for the time not spent working.  Overall, you're better off cutting off the leisure internet surfing and having lower productivity but more total work done.  Workers get less productive if they have to work longer without breaks, but the important thing is that those longer hours still result in more total work done.  Workers only need to take a break when productivity hits zero (after which a skilled PHB can usually still coerce a little extra effort out of them).  Ultimately, I find the study to be completely worthless, and it was probably done by a bunch of lazy workers trying to justify their slacking.

Posted by Joseph M. Scandura at 9:20 AM No comments:

Recently, I've been thinking a lot about how to better tighten the reins at work.  My employees are forgetting their place and not following my orders immediately and with vigor.  Every so often, you have to switch things up a little.  Employee control is a dynamic process.  Though most of the work is in the initial establishing of your superiority, you still have to do some work to maintain the alpha dog domination.

Right now, I'm focusing on 5 principles from the PHB Research Institute to re-establish my firm control of my underlings.  These principles are known by their MERGE acronym, which stand for: Maltreat, Ensnare, Regulate, Grift, Exhaust

Zen and the Art of Micromanagement 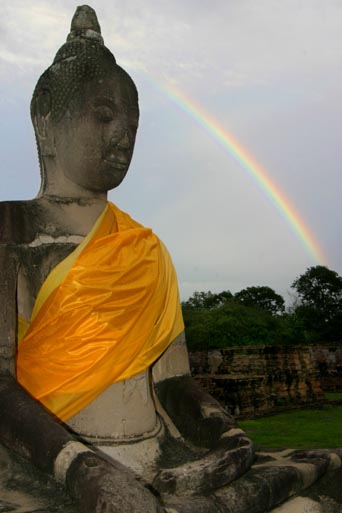 A widely known, but poorly executed secret amongst the Pointy Haired Bosses of the world is that micromanagement is a highly effective technique. Sure, it can be time consuming, but you get paid the big bucks to make everyone else work more efficiently. If that means constantly looking over their shoulders and getting your nose into their business, then so be it. That is what is needed to keep those workers in line and in constant production.

We all know that employees are lazy. They won't do any work unless constantly prodded. If they were only as driven as you instead of mindless zombies soaking up paychecks, you'd be rising the ranks faster than the air over Washington DC. But since they are only motivated to do nothing, you have to light the fire under them. You need to crack the whip and put them in their place. Break their feisty attitudes and make them into company sheep.

But how do you go about your task of micromanaging your employees? Everyone PHB eventually develops his own style, so there's no one set path. Here a few pointers that will help:

Take these tips as a baseline for your micromanaging ventures, and work them into your own personal pointy haired micromanaging style.

Posted by Joseph M. Scandura at 9:42 PM No comments: